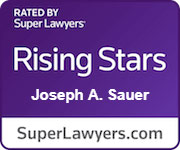 Joe began his legal career as an Assistant Corporation Counsel for the City of New York in the Bronx Tort Division, where he served for over five years, including two years as a full-time trial attorney. He handled a wide variety of cases for the Law Department representing the various City agencies including the NYPD, Department of Corrections, FDNY and Department of Education involving many different issues including civil rights, intentional torts, negligent supervision, motor vehicle accidents and premises liability cases. Joe obtained numerous favorable outcomes for the City, including several defense verdicts, and received Division Chief Awards in 2014 and 2017 for outstanding work.

White Plains-based law firm Fullerton Beck kicked off 2022 with being named the fifth Best Company to Work for in Westchester. The list...