The plaintiff, a laborer working on a building restoration project in Tappan, NY, was crushed by a debris chute when he attempted to remove refuse that was clogging it. The chute became detached from the side of the building and crushed the plaintiff, leaving him in a comatose state. The plaintiff filed suit against six first-party defendants; a third-party action against the plaintiff’s employer also was filed. Fullerton Beck represented one of the defendants, a roofing contractor who replaced the roof of the building more than one year prior to the accident. The plaintiff claimed that the roofer installed the chute which led to his critical injuries.

By obtaining an affidavit and all necessary records, Michael proved that his client was not involved in the installation of the chute and convinced the plaintiff’s counsel to discontinue the matter against the firm’s client. Michael’s investigative skills and his persistence enabled him to achieve this successful result on behalf of the firm’s client. 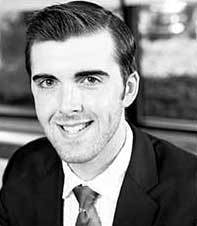 Our team is now operating virtually to minimize the spread of Covid-19.

We will be serving all case-related documents via email or e-filing.

For urgent and necessary regular mail filings contact our office.

Please refrain from sending any mail to our office as there will be a delay in receipt and review of documents. Instead, please contact the attorney handling your matter.