Fullerton Beck LLP was retained to represent a school sued by parents of a 9-year old injured while playing on school playground equipment. Specifically, the child performed a flip off a portion of the playground equipment and broke her arm. Her father claimed the school was negligent and failed to properly supervise his daughter. Our office established through discovery that there was no prior notice of any such accidents and that the school had provided proper supervision. We further argued that the proximate cause of the accident was the child’s spontaneous actions. The Court accepted our arguments and found that the plaintiff failed to establish proximate cause of the alleged injury. The Court further opined: “[W]here…an accident occurs in so short a span of time that even the most intense supervision could not have prevented it, lack of supervision is not [a] proximate cause of the injury”(citation omitted.) In this case, the Court finds that [Defendant] has made a prima facie showing of entitlement to judgment as a matter of law dismissing the complaint”.

We are thrilled to obtain this favorable result for our school client. We are also proud that the Court recognized the proximate cause arguments and dismissed the case. 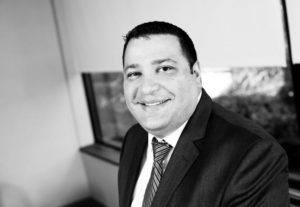 The Future of Litigation Is Ours: A Call to Action

Read our partner Edward Guardaro's, latest article  "The Future of Litigation Is Ours: A Call to Action"Read Now...

Fullerton Beck LLP was retained to represent a school sued by parents of a 9-year old injured while playing on school playground equipment. Specifical...

Our team is now operating virtually to minimize the spread of Covid-19.

We will be serving all case-related documents via email or e-filing.

For urgent and necessary regular mail filings contact our office.

Please refrain from sending any mail to our office as there will be a delay in receipt and review of documents. Instead, please contact the attorney handling your matter.